Ray Gunn and Starburst is a six part audio adventure about two *cough* heroes making their way across the galaxy, righting wrongs, showing evil where to go and eating danger for breakfast!

With the help of Starburst’s somewhat cranky AI S.U.I.T. they must stop the evil Castelan Lar, head of the Darkley’s Empire, who is hell bent on taking over the galaxy and ruling it with an iron fist, and delicious pastries.

The project was fully funded via Kickstarter in February 2015 with recording taking place in March 2015. Postproduction then continued through the Summer of 2015 and the series is now complete and available to download for FREE from our Downloads page. 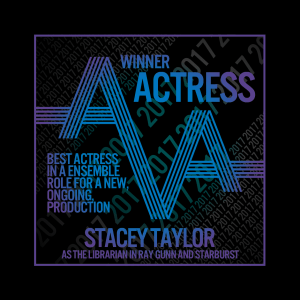